Do Your Adult Kids Know Your Final Wishes? 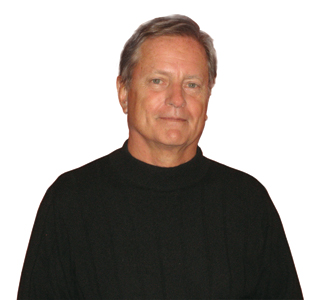 Tim Prosch, author of The Other Talk, discusses why he wrote his book. The Other Talk refers to the conversation every parent should have with their adult children about their end-of-life wishes. It’s hard to have these conversations, and Tim’s book is meant to be a catalyst to begin this important dialogue. You’ll hear the negative consequences of what may happen if you avoid this talk, and get practical pointers on how to get the discussion rolling.

Invest for your children’s future

Are you thinking about investing money for your kids so you can give them a milestone gift for graduation or a wedding?

Planning a milestone gift can be difficult for parents. Doug offers a smart way to invest in order to have enough cash at life’s milestones. Learn how to set up investments for your children, so they won’t have access to the money before the intended time. Avoid the common mistakes parents make when they invest in their kids’ futures. Doug covers some of those mistakes and has some useful strategies in planning gifts for the future.

Watch Do Your Adult Kids Know Your Final Wishes? on YouTube.

Tim Prosch, author and speaker, talks with Douglas Goldstein about the OTHER talk.

There is a conversation that many want to put off - the one that involves talking about growing old and end-of-life issues. Why should you have this conversation? What would happen if you didn’t have it?

Douglas Goldstein: I’m very excited to be talking with Tim Prosch, who is the author of a great book, that I recommend everyone should read, called The Other Talk: A Guide to Talking with Your Adult Children about the Rest of Your Life. Tim, why do you call it the “Other Talk”?

Why Is It Called ‘The Other Talk?’

Tim Prosch: As you’ll probably remember, when your kids were approaching teenagedom, you had THE talk, the one about sex. This is the other talk. This is where you sit down with your kids, now in their 40s, and begin to talk to them about some other important facts of life. Facts about your financial situation, where you’re going to live as time moves on, who’s going to help with your medical condition, and decisions you want to make at the end of your life.

Douglas Goldstein: How is it that you got involved in this issue?

Tim Prosch: There’s a couple of reasons. One is that I had a marketing consulting business. What happened in the last 10 years of that business is that I started working with organizations that were about elder care and end-of-life issues. I began interviewing hundreds of boomers about their relationships with their families in those later years.

What I heard, as you would expect, is that every family had a different story because every family is different. Often, they would come to the same conclusion at the end of their narrative, which was, I’ll never put my kids through what happened to me with my parents.

Douglas Goldstein: Did you have such an experience?

Tim Prosch: Yes. My family was a great example of parents never talking about these kinds of issues with their kids, in my case me and my two brothers. The last five years of my parents’ lives were the worst years for all of us, including my parents, but also my brothers.

On top of that, I also was conscious of the Terri Schiavo case, which I’m not sure if you’re aware of. There’s this poor woman who, in her early 30s, was diagnosed with a disease which was going to put her under. For the next 15 years, her parents and her husband fought back and forth over what should happen for Terri, because nobody in that family sat down and talked about it. What I decided to do was come up with a concept, a book that would help people get over those emotional barriers and begin to have those kinds of conversations.

I wrote it for the parents, because I figured that if the parents buy into the idea, they could empower their kids.

Douglas Goldstein: Your book seems to be about empowering other people to help you. My father, for decades, was working on his final letter. He would always add in new ideas, and if he came up with some new thoughts, he would add into the letter.

By the time we had to deal with that letter, it was about 70 or 80 pages long. My siblings and I would regularly refer to it when my father was sick. We’d say, “Oh, Dad said to do this, and he said to do that.” It actually made the whole process of dealing with us having to help him so much easier.

Because he had not only spoken to us about it, but he had written down what he wanted. I believe that we honored his wishes completely because he had written them down. Maybe it’s because of the type of family I came from, seeing that my parents were financial planners and doctors. What do you suppose holds families back from having the other talk?

Why Don’t Most Families Have The Other Talk?

Tim: I think there are a couple of things. One is the emotional barriers that keep you from confronting a very difficult issue. For the parents, it starts with denial; denial of their physical deterioration, and of their financial decline. Denial of that last sentence, the end; nobody wants to talk about that. The obvious thing is to procrastinate.

There’s also another one called role reversal, which is when you can no longer take care of your day-to-day activities. You become the child and your kids become the parents. It’s a very difficult situation for both sides, because in essence, it’s a shattering of the relationship you’ve had since the child was born.

Lastly, I think it’s a loss of control. What I try to do in the book is empower people. It’s not a loss of control. It’s not the fact that your kids are taking control or that you’re losing control. If you can set up a situation where you’re sharing control, then everybody wins. Because you now become a partnership; a collaboration if you will, to solve difficult situations as opposed to fighting over it and becoming a competition.

Douglas Goldstein: What could happen if people don’t do this?

Tim Prosch: I’ll give you an example. Kate and Judy are two friends of mine and their parents never talked about this kind of stuff. Kate took on the role of being in charge of the medical issues, even though she lived in Chicago and her parents lived in Denver. As time went on, it became much more time consuming.

Fortunately, she was a superstar at her business and they cut her some slack, but as time went on and she begun to spend more and more time in Denver, they ended up letting her go. She couldn’t find a comfortable job for almost three years.

Her sister Judy took on the financial side of it, and discovered very quickly that her parents had never saved anything for retirement. What she ended up doing was taking out a home equity loan on her own house to pay for the medical bills that her parents couldn’t afford. Eventually, as you probably remember, they went through a pretty tough time in housing. Her house went under water and she ended up losing her house, but also losing her husband through divorce.

Douglas Goldstein: As a financial advisor, I spend a lot of time talking with people. I joke about that and say that I’m more of a marriage counselor than a financial advisor. So much of the money decisions people make aren’t about, should I buy this stock or fund or bond?

That’s all tactical decisions that you could have an investment advisor do for you. The big questions are things like, what sort of legacy do I want to leave? How do I want my situation handled? What’s important to me?

Tim, maybe you could share a few words of wisdom with people who are now dealing with retirement.

Take A Disciplined Approach To Having The ‘Other’ Talk

Tim Prosch: The four facts of life are financial, housing, medical, and end of life. The financial aspect of it is, how do we finance an uncertain future? You don’t know the end zone, the when, where, and how you are going to finish your life and you also don’t know the cost.

The solution is not to come up with some magic number; that I need to have extra amount of dollars and that will take care of it. You really don’t know what the future is going to bring. What you do want to do is take a disciplined approach to this uncertain future.

I always suggest that the parents sit down with their kids, but also bring along their financial advisors and consultants, and have a three-way conversation. The kids understand what’s involved, what the money situation is like, what strategies will be used going forward, and how to deal with the future going forward.

When it comes time for the kids to take that role reversal, where they have to take over from their parents, they know who the financial partners are, they understand the situation, and they know what to do with it down the road. This is as opposed to going into a crisis, which is typically what happens; the kids are then left floundering.

Douglas Goldstein: It’s critical to have this relationship. To know who the person or the team is that your parents have entrusted with their life savings is very important. It’s another reason why the kids should be involved. I often try to do that as my clients are aging; I encourage them to bring their kids in.

Sometimes they want to maintain their financial independence or secrecy. I say, “That’s okay if that’s your goal, but it doesn’t mean the kids can’t come in to talk about bigger picture things and make the introduction.” Tim, I see we are about out of time, but how can people follow you and find more about what you are teaching?

Tim Prosch: They can visit our website, which is theothertalk.com. My book can also be found on Amazon. You’ll find a number of reviews to the book and some opinions of how it’s affected other people. The real reason I wrote the book was not to make money on it, but rather to find a way to get families to get through the crisis that’s going to eventually happen.

Douglas Goldstein: Tim, I have to respect your humility. There were hundreds of people who gave the book a very high review. I would review it as well. Tim Prosch, thanks so much for taking the time.

Tim Prosch: I really enjoyed the time together. Thanks for calling.