Do Shareholders Have a Voice in the Company? 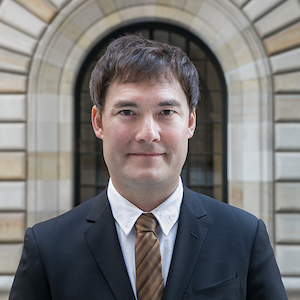 Is the corporate world an ‘insiders only’ club, or do ordinary shareholders have a real say in the company?

Learn how shareholder activism may be changing the face of corporate America.

Jeff Gramm, a portfolio manager at Bandera Partners, adjunct professor at Columbia Business School, and author, discusses what shareholder activism means for companies in the long run. Jeff gives examples of how shareholders can make significant changes to a company’s board of directors. How shareholders can have a voice in corporate decisions?

Are you working with the right financial advisor?

Doug put together a sheet for investors called What All Investors Need to Know About Their Investment Accounts. One of Doug’s recommendations is having an open channel of communication with your financial advisor. To better understand what a financial advisor does for you and your portfolio, watch this video.

Free download: What All Investors Need to Know About Their Investment Accounts

Learn more Jeff Gramm on his website or read his book Dear Chairman: Boardroom Battles and the Rise of Shareholder Activism. Also, follow him on Twitter.

Watch Do Shareholders Have a Voice in the Company? on YouTube.

Jeff Gramm, author and hedge fund manager at Bandera Partners, talks about shareholder activism. What is it and what goes on “behind the scenes” of the activism movement?

Douglas Goldstein: I am very excited to be talking with Jeff Gramm. He manages Bandera Partners, a hedge fund based in New York. He also teaches at Columbia Business School and has written a book called Dear Chairman: Boardroom Battles and the Rise of Shareholder Activism.

Jeff Gramm: It’s a simple idea, right? Shareholder activism is when a public company shareholder engages with the company that they own.

This has been happening throughout history. My book is essentially a hundred-year history of the movement. What we’re seeing today is a real explosion of activism, and it’s a result of a Longbow market. Also, the big institutional shareholder base is public companies that are generally pretty supportive of activists.

If you have the right ideas about a public company, there are some people who will listen to you and possibly vote in your favor.

Douglas Goldstein: We need to talk about these institutional shareholders. It seems to me that most stocks today—the big ones anyway—are heavily owned by the institutions, which are pension plans and mutual funds.

People listening to you and me talk today will say, “I have an opinion about my stock that I own.” Do they really have a voice, or is it just like calling a call center somewhere?

Jeff Gramm: I think it is incredibly hard as a retail investor to have a voice. If you’re invested in a small company, then they might take your phone calls, and you can then give them your ideas.

But really, the way that the market works now is that you have these huge fiduciaries that own the majority of public companies across the world.

A lot of those fiduciaries are passive in the investing sense, but they’re not actually passive owners. They will support dissident owners if the dissident owners have a compelling case. But as a retail investor, it’s incredibly hard to get your voice out there and to get it heard.

If you have the right ideas and you throw them out there, it is not impossible to get support for them, but it is difficult.

What Issues Do Shareholders Face?

Douglas Goldstein: What sort of issues are people or the institutions raising against the companies?

That often is part of their political campaign to get elected to the board. But really what lots of activism is ultimately about is discontent with the leadership of the company. That’s why lots of activism in the medium term leads to turnover at the CEO level.

They go through the motions to pretend that there’s real oversight, but you get the feeling they’re not really doing as much as you’d like them to.

At the end of the day, they’ll sit in the meetings and listen to the shareholders yell and scream or write letters, but then they go back to their business, because for a board member to turn against his other board members or the CEO means that maybe he’s not going to get another cushy board job in the future.

Am I just being cynical? You can correct me if I am.

The Boardroom: An Old Boys’ Network?

Jeff Gramm: You are being cynical, but you’re being correctly cynical. I think throughout most of history that that’s exactly how boardrooms work. They were like an old boys’ network. They were very much part of a business institution but also part of a social institution.

So you go on a board of directors, and you’re usually invited by the CEO. You might even invite the CEO onto your board. You develop a close relationship with the CEO and the rest of your board. You are probably indebted to him for giving you the honor of being on the board.

It’s hard to fire that CEO, and that’s what a lot of public company boards have a problem with. Ultimately, they’re slower than lots of private companies in replacing an underperforming CEO.

There’s a chapter in my book that is a lot about the boardroom. It’s the story of a lady named Carla Shah. She owned 20% of a public company that her father had founded, and where her husband was the CEO.

Her husband had populated the board with all of her buddies, and she figured out, “Wait a second, my husband’s not actually doing the best job here for shareholders.”

She ultimately ran a proxy fight to get him fired.

Douglas Goldstein: That must have been a very rough Thanksgiving dinner.

Jeff Gramm: Yes, it was a pretty amazing situation. But, you know, this guy had put together a very good board on paper. These were all reputable businessmen, but they were captured. They were basically indebted to him, and so they were not going to be a board that would give him the proper level of oversight. It took his wife.

Where Does Loyalty Really Lie?

Douglas Goldstein: Jeff, let me bring this a little more close to home, and by home, I mean my home. Occasionally, I see these shareholder activists who are very anti-Israel. They support all of the things that hurt the State of Israel.

They’re trying to use shareholder activism to force companies to boycott us or to divest from Israel. How’s that going for them?

Jeff Gramm: There’s a lot of what you would call socially oriented activism, but it is not pursued by shareholders that actually have a huge financial state.

That kind of engagement is very hard to get a lot of support for. In the U.S., you’ve seen lots of groups. There was a religious group in Pennsylvania that did lots of attempted proxy engagement. You’ve seen a lot from PIDA; they try to pressure public companies through the shareholder meetings.

Historically, there have been lots of what were called “gadfly investors” that would push corporate responsibility initiatives. Those ultimately don’t generate the kind of response from the big institutional shareholders that you see, or ideas from parties with big vested financial interests.

It’s a very good question, but ultimately, a lot of the votes in the system are held by companies like Vanguard and BlackRock.

They do have a long-term interest in the integrity of the markets. But, you have to wonder whether, in the long term, the incentives are going to be aligned properly for their proxy voting to prevent them from being subject to political pressure and political correctness. Pertinent things like that.

Forget the fact that people might argue over how to succeed. The institutional shareholders might say, “Yes, we think you should fire the CEO and hire that one because he’ll make earnings better.”

In other words, they’re not arguing over the tactic. They may have other interests in mind, which makes this whole thing a little bit more nefarious.

I’d like to think that maybe they would argue over that, and everyone, at the end of the day, is trying to be as profitable for the shareholders as possible, but that’s not the case.

Jeff Gramm: Yes. Ultimately, the broad incentives are all aligned, right? The board wants the best thing for the shareholder and its employees and the stakeholders.

But look, we’re all human. We all have a lot of self-interest.

You would be naive not to realize that if you’re on the board of Coca-Cola and they’re paying you half a million dollars a year, and it’s a real cushy gig, that there could be situations where you put your loyalty to the CEO, even if he’s underperforming, ahead of your loyalty to the shareholders, whom you don’t have as close a connection with.

I use Coca-Cola as a purely hypothetical example. Humans are very influenced by their direct incentives, and our corporate governance or systems are not perfect for that reason.

Douglas Goldstein: Well, it’s really fascinating, but unfortunately, we are just about out of time. I know that you’ve written a lot and you teach a lot about this. Tell us, in the last few seconds, how can people follow you?

Jeff Gramm: Sure. I do have the book Dear Chairman, which is available on the internet on Amazon and other places. I have a website, dearchairman.com, where I put up my event dates, and I have been traveling all over the world to promote the book.

I am on Twitter @jeff_gramm, which is mostly me telling a bunch of jokes and pictures of my kids and stuff like that.

Douglas Goldstein: Jeff Gramm, thanks so much for taking the time.

Jeff Gramm: Thanks a lot, Doug. It was fun.