Can You Predict a Stock Market Bubble? 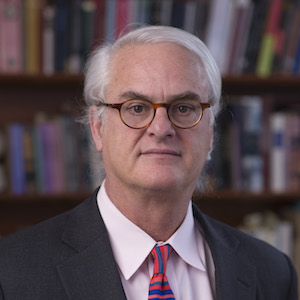 Stock market bubbles have a way of putting the financial world into on edge as they try to attempt to predict when it will burst. Is there a way to predict a bubble?

William Goetzmann, a Professor of Finance at the Yale School of Management, researches the phenomenon of market bubbles. He explains the characteristics of a bubble and the circumstances that create them.

Doug outlines the reasons why people buy mutual funds and makes a convincing case for investing in a money manager in How to Make Money with Mutual Funds.

Download the PDF for more information on investing in mutual funds.

Free download: How to Make Money with Mutual Funds

To learn more about William Goetzmann read his book, Money Changes Everything: How Finance Made Civilization Possible, or follow him on Twitter or the Yale website.

Watch Can You Predict a Stock Market Bubble? on YouTube.

In financial history, the occurrence of bubbles dates back to the 1700s, but with more frequency over the last three decades. Why has this economic phenomenon continued to recur, and what are its implications? William N. Goetzmann, Professor of Finance at the Yale School of Management, delves into this topic.

Douglas Goldstein: I am very excited to be talking to William Goetzmann, Professor of Finance at the Yale School of Management. He’s recently had a book out called Money Changes Everything: How Finance Made Civilization Possible. Will, I have to tell you, finance did not only make civilization possible, it also made my day job possible because I am a financial advisor.

One of the things that people often worry about, and probably more and more on a regular basis, is they talk, again, about a bubble coming up. What’s your take on that?

Should People Worry about Bubbles?

William Goetzmann: I am fascinated with bubbles, and I’ve tried to do a lot of research about them. We certainly have what I believe is a bubble in bitcoin. Really interesting bubble, where it seems like a lot of people have jumped into a market for the first time, with hopes of making a lot of money.

But more generally, people have seen the housing bubble that led to the financial crisis in the U.S. They saw the tech bubble, and they’re just wondering now whether or not the current run-up in world stock prices might also be something to be worried about.

Douglas Goldstein: I just want to take a step back a little bit. The way markets work is that you have buyers and sellers. When there are more buyers, presumably the prices move up because, for whatever reason, these people are optimistic.

Why is it we call that a bubble instead of people believing that houses, technology, bitcoin, stocks, or whatever it is, is run-up? Do they just feel it’s more valuable at this point in history?

William Goetzmann: That’s a great question. A bubble can only be defined in retrospect, after something’s gone up and then come back down. But one of the interesting things about that is, if you count up all the times that markets have gone up by a lot, it’s pretty rare for a market to give back all of these really large gains.

The reason why we focus on a few events in history and call them bubbles (like the 1920s or the 1990s) is because there really only are a handful of them in financial history. Most of the time, what goes up does not come back down.

How Does a Bubble Come About?

Douglas Goldstein: What you’re saying is when we’ve seen run-ups in the market, even if they do let some steam off after a while, it’s not that they’re completely losing everything they made. It’s just that that’s the nature of volatility. But a bubble, which can only be seen retrospectively, gives back all, if not more, than the run-up. Is that the definition?

William Goetzmann: Roughly so. I collected about 41 different stock market histories that go back to 1900. Then I asked the question, “How often does a market double in value within one year?” That would seem to be a really frightening, rapid increase. Then I asked, “What happened in the year following? Was it more likely to crash, or was it more likely to go up again?” The answer is it’s equally likely. If you just experienced a huge run-up, the chance that it’s going to double again is just the same as the chance that it’s going to give back those gains.

To me, that’s kind of a comforting notion that maybe the prices that we see after a large increase are not crazy. But they may be a reasonable expectation of the future returns of holdings and stocks.

Douglas Goldstein: I just have to jump in and say as a financial advisor that past performance is no guarantee of future returns. You’re pointing out that if you have a really good run-up in a specific industry, stock, or asset class, the odds that it’ll go up in the next year are just the same as they were the previous year.

It’ll either go up or down. It’s not a given that if it had a big run-up, all of a sudden it’s going to turn round and dive.

William Goetzmann: What I looked at is whole indexes—an index for the United States, Italy, Germany, or what have you. I looked at the annual returns over the course of 115 years. You really need a lot of history to get even some sample of what people think of as a bubble.

What I found is, first, a big run-up—a doubling in value—is rare in and of itself. It happens only less than 2% of the time. Then once it does happen, it’s less than 10% of the time that it goes back down and gives those gains up, or it goes up again.

I am focused on the whole index as something you would invest in. The bottom line is that things that we now call bubbles were very rare, and they’re no more likely to crash after a big run-up than they are to keep going up.

Some Common Factors about Bubbles

Douglas Goldstein: I guess that is comforting. We’re getting a little comfort here today from Will Goetzmann, Professor of Finance at Yale. He’s written a number of books, with his most recent being Money Changes Everything: How Finance Made Civilization Possible.

Will has been talking to us about the world of bubbles and finance. Frankly, I think he’s been making it a bit less scary for us, but I want to dive into this even further. All the time, people talk to me about whatever market they’re involved in, and they say, “Well, what do you think the reason is that this bubble happened? It seems to be shooting up.”

In your research, do you find that there is some sort of common thread among bubbles, whether it’s bitcoin, housing, technology, or any of the other bubbles you’ve looked at?

William Goetzmann: Whenever I see something that looks like a bubble, I look for some innovation in the real economy, or even a financial innovation behind it. For example, the 1920s in the U.S. was a time of great technological innovation in electronics, air transportation, communication, and in all sorts of things. The equity markets reflected that kind of excitement.

The same thing could be said for the 1990s with the development of the Internet and internet commerce, and the iPhone. Actually, the iPhone came in the 2000s, but the possibilities of an economy built on a completely new technology was the cause of the run-up at the time.

Even in the housing market, the innovation we can point to was a new financial architecture for pooling mortgages. That’s the first thing I do. I say, “What is it that could be changing people’s expectations so radically as to make them believe that we’re entering into a whole new equilibrium in the future?”

Douglas Goldstein: You don’t think that’s somehow related to how people might imagine rather than see value? I am just thinking of the tulip mania that we saw in the 1600s. The Dutch loved tulip bulbs; they started to buy them, and the price went up dozens of times. There’s certainly nothing new in the innovation of tulip bulbs, I presume.

William Goetzmann: When you think of what they were investing in, they were actually investing in futures instruments—paper contracts rather than the bulbs themselves. That kind of trading in commodity futures is a pretty sophisticated thing.

But not long after the tulip mania, in 1720, the first, great global stock market bubble occurred. It happened in France, England, and Amsterdam, with stock prices going up by a factor of eight or ten. Really dramatic, sort of like today’s bitcoin.

The innovation that was going on at that time was a sudden discovery that trade in the Atlantic, and all the things associated with trade across the Atlantic, was going to be driving the economy.

Also, the idea that a corporation could be adapted to a number of different uses. For example, you could start a company to fund a new way of diving under the ocean. Or somebody, even in London in the 1720s, could start a new company for an airship.

People were giddy with the possibility that you could fund new innovations. That period is a nice model for the first big bubble that built on people’s expectations about the future.

Not that the current investors would enjoy the fruits of that long-term potential, but they seem to have expected that they would.

Douglas Goldstein: I guess that’s a good way of looking at it. But I would expect, in fact, that if there is a new technology, people would be excited. They might be a little too excited and just overinvest in one area.

Studying bubbles is a very interesting topic. In fact, I think more people should pay attention to this kind of research so they can invest a little bit more intelligently.

Will, unfortunately we’re just about out of time, but in the last few seconds, tell me, how can people follow you?

William Goetzmann: I am on Twitter @WGoetzmann, which is one step, and my books are available through the Internet. I put up my research about the bubbles, the crashes and so forth, pretty regularly.

Douglas Goldstein: William Goetzmann, thanks so much for taking the time.

William Goetzmann: Much appreciated. Thank you.